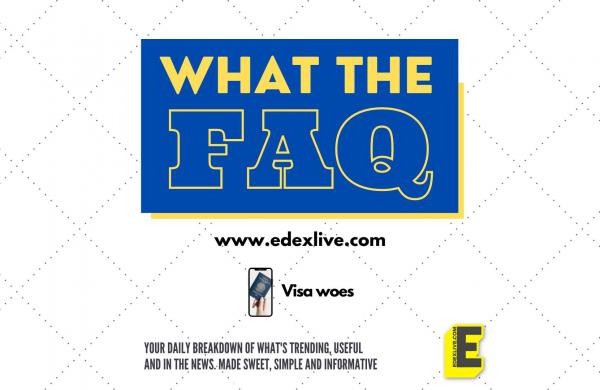 Waiting time over 500 days for US student visa appointment? Here’s how long the wait is for- Edexlive

Data from the US Department of State website shows that the average wait time for a visa appointment at the US consulate in New Delhi is 471 days for student visas and 582 days for visitor visas. Similar delays have also affected countries like Canada, Germany and the UK.

But why do visas take so long to process? What efforts are governments making to address these issues?

What is the delay time we can expect from each country?

Reports have pointed out that the country has a backlog of over 20 lakh applicants awaiting their visa. Currently, the visa processing time for study permit applications worldwide is 12 weeks and the wait time is 158 days for visitor visas.

The visa processing time has now increased to four to ten weeks. However, they will soon resume Priority Visa (PV) and Super Priority Visa (SPV) services for new applications under Sponsored Work Routes and Student Visas, according to an official announcement made by the British High Commission in India on Twitter.

Germany, on the other hand, has stopped processing visas for permanent residence.

Reports have pointed out that there has been an increase in travel demand after the Omicron wave globally and as a result, visa applications from India have reached an unending high. In addition, post-COVID, many countries have tightened their border restrictions which now involve additional checks and procedures for tourists wishing to travel abroad. Alex Ellis, the UK’s High Commissioner to India, apologized for the delays in a video message posted on Twitter and said that apart from COVID, the delays were also attributed to global events including the Russian invasion of Ukraine.

How are Indian students affected?

As Indian students make up a significant portion of the international student community in countries like the US and UK, prolonged visa delays have put their future in question. Many of them wondered if they would be able to join their respective universities abroad by the start of the new academic session next month. Some of them also took to Twitter to say they had secured admission to their dream universities before they were hit by visa delays. In addition to delays, some visa applicants have also been rejected.

What are the different governments doing to improve the situation?

The Canadian High Commission in Delhi on Thursday August 18 advised students to contact their respective universities to discuss options in case they are unable to arrive in time for the new academic session. The UK, on ​​the other hand, has advised visitors to apply for a visa as soon as possible, as students can now apply for priority and super priority visas. Additionally, they said they were putting “more resources” and “training more people” into helping to deal with the situation, the British High Commissioner to India said on Twitter. Meanwhile, students have also been advised not to commit to airfare until their visas are finalized.

How many Indian students prefer to go abroad?

The number of Indian students going abroad has increased in recent years. A report of The New Indian Express mentioned that a total of 2,61,406 Indian students went abroad in 2020 and 71,769 left in 2021. States such as Karnataka, Tamil Nadu and Andhra Pradesh and Kerala saw thousands of its students pursue their dream of education abroad. The report states that around 30,948 students left for countries like US, UK, Australia, China, Germany and Poland from Kerala in 2019.