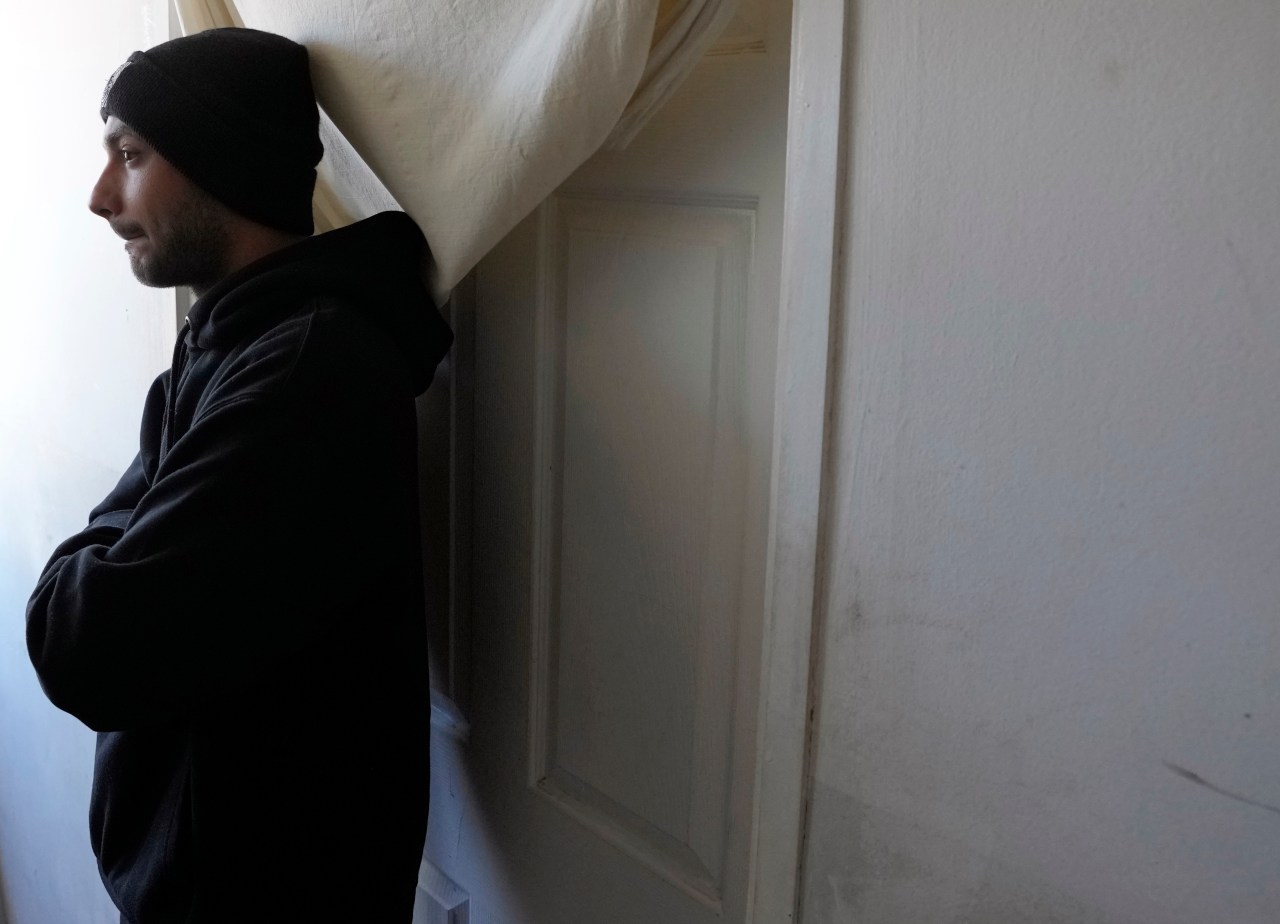 BELGRADE, Serbia (AP) — When Russia launched its war, Hungary opened its borders to tens of thousands of refugees fleeing Ukraine. Other refugees found themselves helpless in a field in Serbia.

After studying in Hungary for three years, Hasib Qarizada sought asylum there after his native Afghanistan collapsed in chaos last August. But rather than find refuge, Hungarian authorities took Qarizada across the border six months ago to neighboring Serbia, deporting him to a country he didn’t even know.

“The police just came and handcuffed me,” Qarizada told The Associated Press in Belgrade, the Serbian capital. “They told me ‘Don’t try to run away, don’t try to fight us, don’t do anything stupid.'”

Left alone in a field in Serbia with no one in sight for miles, Qarizada, 25, had no idea where he was, where to go or what to do.

“I was a student and they just gave my life a totally different twist,” he said. “They didn’t give me the chance to grab my clothes, my (phone) charger or my laptop or anything important that I would need for travelling.”

He told the AP he “had no idea where Serbia was, what language they spoke, what kind of culture they had.”

Hungarian police did not immediately respond to AP’s request for comment on Qarizada’s eviction in September.

While Hungary is notorious for its treatment of migrants fleeing wars and poverty, the case of Qarizada highlights a particularly sinister practice of sending people to a third country from which they did not come.

Rights activists in the region recorded the first such case in 2017, when a 16-year-old Kurd from Iraq was deported to Serbia from Hungary despite having originally entered Hungary from Romania and managed to reach Austria before being sent back.

More recently, a Cameroonian who entered Hungary from Romania was sent to Serbia last December. Another African woman who arrived from Dubai, United Arab Emirates, a year ago also ended up in a field in Serbia.

“It is something that unfortunately has become normal, regular and something that cannot be considered unusual,” said Serbian human rights lawyer Nikola Kovacevic.

Qarizada’s expulsion illustrates the stark differences in the treatment of Ukrainians and those in non-European war zones under right-wing Hungarian Prime Minister Viktor Orban.

Similarly, Croatia – another EU country that has been accused of using violence against migrants – has said Ukrainians can come and stay.

Activists applauded the change while warning against discrimination against refugees and migrants from the Middle East and Africa, who for years faced peril and pushback at the borders of the Hungary, Croatia and other European countries.

“For those of us who follow these issues, it’s hard to miss the stark contrast of recent weeks with Europe’s harsh response to people fleeing other wars and crises,” said Judith Sunderland of Human Rights Watch. “A staggering number of people from Asia, Africa and the Middle East die each year trying to reach Europe.”

Zsolt Szekeres of the Hungarian Helsinki Committee noted that “the (Hungarian) government is doing its best to explain now why Ukrainians are good asylum seekers and others are bad migrants”.

Pushbacks at borders, which are illegal under international law, mean that people are sent from one country to another without regard to their personal circumstances.

When, like Qarizada, they are deported to a country they are not from, “the seriousness of the violation is higher”, said Kovacevic, the Serbian lawyer.

Qarizada’s deportation was even more drastic because he had not arrived in Hungary through any illegal migration route. A self-funded student who shared an apartment and led an established life in Budapest, Qarizada sought asylum because unrest in Afghanistan meant his family could no longer afford his university fees and so he could not renew his residence permit. .

In rejecting his asylum request, activists say, Hungarian authorities failed to take into account that Qarizada’s homeland, Afghanistan, could not be considered safe when the Taliban returned to power.

Qarizada told the AP his family had ties to Afghanistan’s pre-Taliban government and faced punishment. “They hardly go outside,” he said.

A Hungarian court ruled in Qarizada’s favor, but lawyers are now fighting another legal battle to force Hungarian authorities to enforce the ruling and allow him to return, he added.

“He applied for asylum, he was staying here, and he needed protection, and he was summarily deported,” Szekeres insisted. “He never had the chance or the option to explain his situation.”

For Qarizada, the days following the eviction were the worst of his life.

Abandoned in Serbia, he walked for hours to finally reach a gas station where a woman let him charge his phone and directed him to the nearest asylum centre. The establishment was full so he slept outside for four nights.

“I felt very bad…because I was a normal student. I was studying, I was going to class. I had my own friends. I had my own life,” he said. “I wasn’t doing anything wrong.”

Karox Pishtewan, the Kurdish minor deported to Serbia in 2017 and granted asylum there, also told the AP that Hungarian police “just opened the door and told us to leave”.

“It was July and everything was green,” he recalls. “I was quite shocked. We hadn’t slept in three days and they just kicked us out. I had no idea where I was and what was going on.

Szekeres said the acceptance of refugees from Ukraine shows that solidarity with those in need has remained strong among ordinary Hungarians despite the government’s anti-immigration program for years.

Justin Spike contributed to this report from Budapest, Hungary.