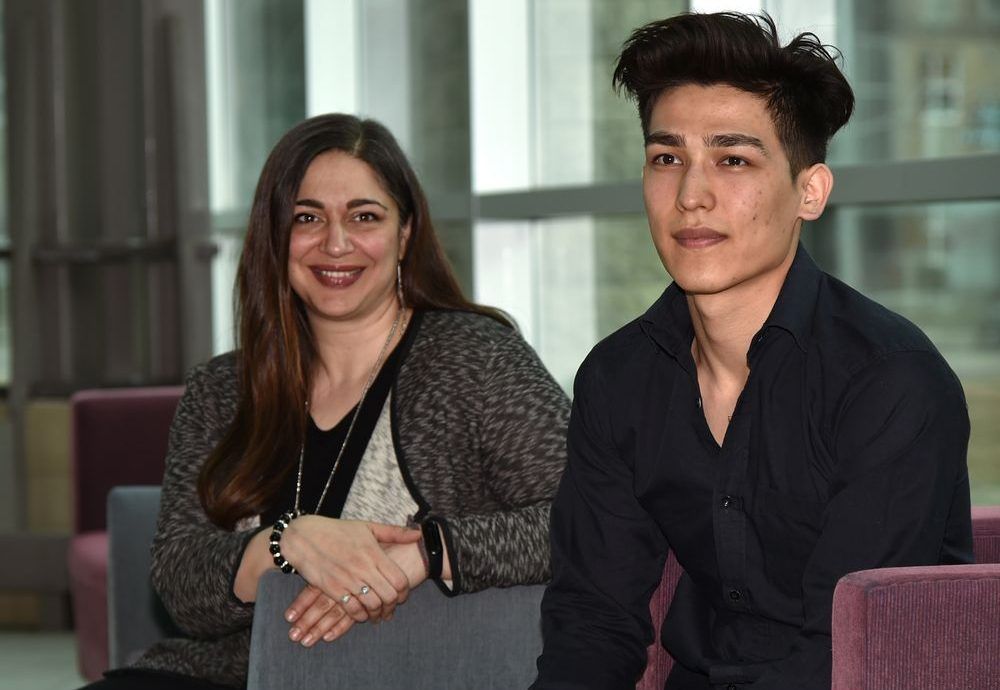 U of A student recounts journey from Afghanistan amid Taliban takeover

Aftikhar Mominzada was a few months late for his first term at the University of Edmonton, but not without reason: the Taliban took over his home country.

After graduating from the Aga Khan Academy in Hyderabad, India last spring, Mominzada returned to Afghanistan in June where he planned to spend the summer with his family before leaving for Edmonton. As the 2021 recipient of the Aga Khan Global IB Citizenship Scholarship, which offers a full path to the University of Alberta, the 21-year-old was preparing to study business abroad in September.

That same summer, the United States was to withdraw its troops from Afghanistan. Mominzada knew the political situation in his home country and had even spoken about it in his studies. None of this, however, prepared it for the fallout of the subsequent Taliban takeover.

“I was expecting some kind of commotion because I did a lot of research,” he told Postmedia in a phone interview. “But I didn’t expect the (former) government to collapse like it did.”

On August 15, Taliban forces entered the Afghan capital of Kabul. Mominzada, who lived with his parents in their family home in town, suddenly found himself at the heart of the situation when insurgent forces established a presence in his neighborhood. To avoid trouble, he decided to stay at home.

“It was a very difficult situation,” he explained. “I couldn’t leave the house. Sometimes there was no electricity and very little internet access sometimes.

On the other side of the world, power outages and radio silence kept Khadija Jetha on edge.

As an international recruitment officer for the University of Alberta, Jetha had been in contact with Mominzada since March – around the time he won the scholarship – and was trying to get him to come to Edmonton for the fall semester 2021.

“I wouldn’t have heard from him for two or three days and I was just praying nothing happened,” she said. “These first two weeks have been terrifying for me. Every day I sat on my hands, waiting for a message.

Feeling personally responsible for reversing the situation, Jetha said she had gathered help from the university and contacts at Immigration, Refugees and Citizenship Canada to rectify the permit issue. Getting Mominzada out of the country, on the other hand, was a whole different ordeal.

“It certainly doesn’t fit into my day-to-day duties, that’s for sure,” Jetha said, adding that help from groups such as the Aga Khan Development Network as well as Ismaili organizations in Afghanistan and Edmonton has been “instrumental” in the effort.

The student was due to start classes in September, but unrest in Afghanistan made it difficult to get a flight. While waiting for his visa, he finally managed to catch a flight to Islamabad, the capital of Pakistan, and stayed with a host family in the nearby town of Rawalpindi before landing in Edmonton in early December.

Although he missed the fall semester, Mominzada was able to resume his studies in the winter 2022 term, which is about to end.

Despite the wintry weather ahead of him, Mominzada said he was warmly welcomed by locals and members of the international community in Edmonton, many of whom helped him get settled.

He admitted that the cold caught him a little off guard, but after last summer, he is putting up with it with no problem.

“It looks like I like it,” he said of the weather. “It’s much better than a warm place, you know?”

Sign up to receive daily news from the Edmonton Journal, a division of Postmedia Network Inc.

Thank you for your registration!

A welcome email is on its way. If you don’t see it, please check your spam folder.

The next issue of Edmonton Journal Headline News will soon be in your inbox.

We encountered a problem during your registration. Try Again