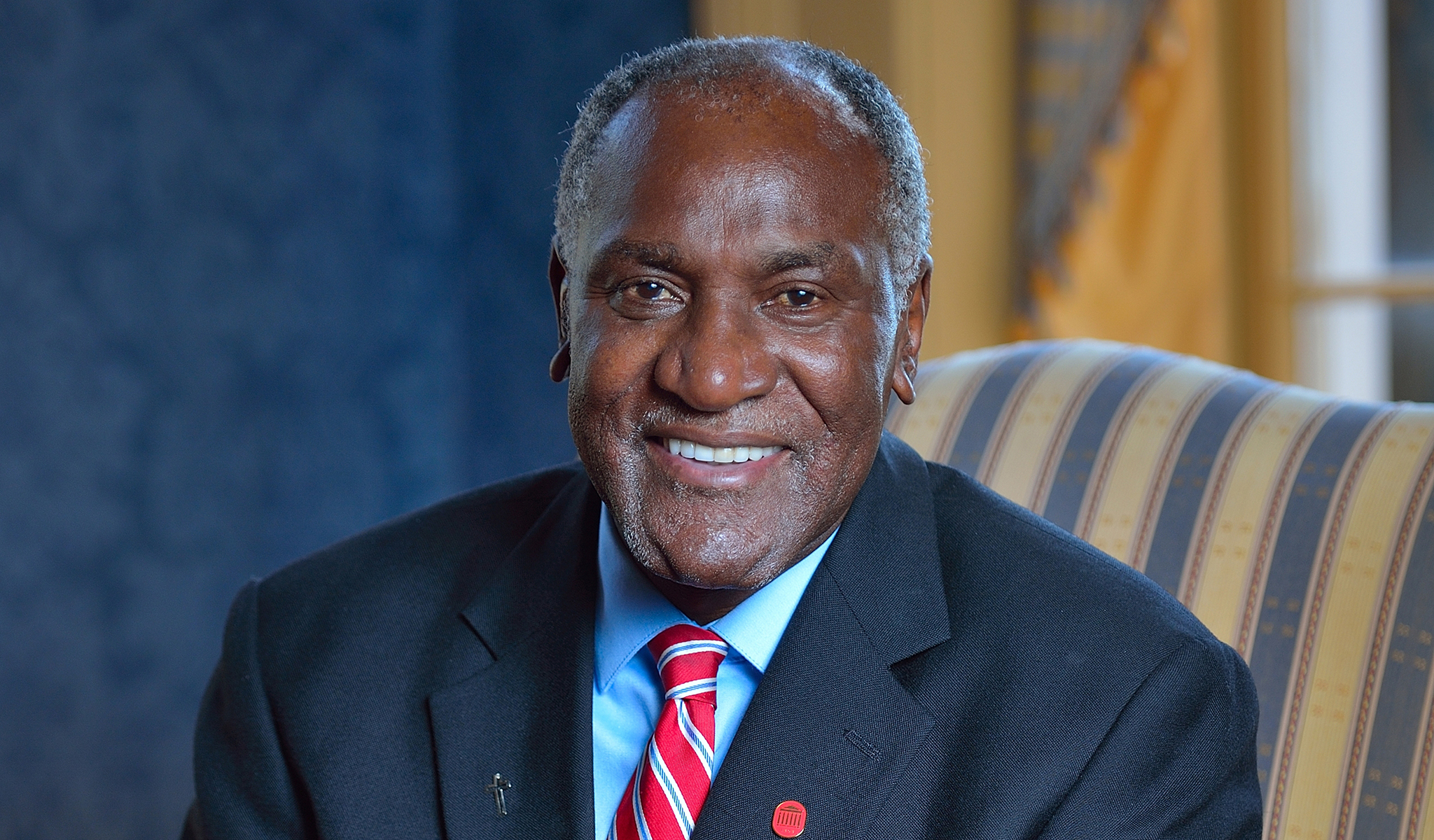 Donald Cole, who retired in 2019 after more than 50 years at the University of Mississippi as a student, educator and administrator, was honored to have his name added to the university’s Student Services Center. Cole, known for being a tenacious advocate for diversity and opportunity for all students, said he was speechless and humbled to rename the building Martindale-Cole Student Services Center. Photo by Robert Jordan/Ole Miss Digital Imaging Services

OXFORD, Mississippi — The University of Mississippi will rename a prominent campus building in honor of Donald R. Cole, a former student activist who returned to Ole Miss as a caring mentor and administrator for decades.

Cole retired in January 2019 after a busy career as a student, professor and administrator known for being a tenacious advocate for diversity and working tirelessly to encourage students from all backgrounds to find and pursue their passions at the university.

His longstanding contributions to student success at UM make Cole a clear and worthy namesake for a building dedicated to that mission, Chancellor Glenn F. Boyce said.

“Dr. Cole’s legacy can be seen, heard and felt throughout this institution every day, so it is only fitting that his name adorns the very building where so many students go for help on our campus,” Boyce said. “He embodies the care and embrace that many in our college family seek in order to truly help every student reach their full potential while at Ole Miss.

“We are thrilled that students, for generations to come, will continue to have Dr. Cole by their side.”

The university’s resolution reads: “Believing that education is the ‘great equalizer’ and central element of humanity’s dominant stamina, Dr. Cole is a strong advocate for education, especially for minority students. He devotes his time and energy to projects and causes that promote schooling, teaching, training and guidance opportunities for our children – especially towards higher degrees. Dr. Cole has dedicated his life to presenting UM as a 21st century institution and he is a strong advocate for the institution.

A celebratory event on campus to commemorate the name change will be scheduled later.

Cole described the honor as “a surreal phenomenon” and said he wanted to thank the Martindales and everyone who made it possible.

“Why me?” said Cole. “I’m speechless. Now I know what it means to have love back. You didn’t have to, but you did. Although my thoughts on this change over time, they will remain in large constant parts: I’m humble, I appreciate, I can’t believe it. Hallelujah!

“When my feelings settle down, I’m sure I’ll have added a lot more to this list and to the divine providence that connected the university, myself and so many other wonderful people to make this appointment possible. I am grateful.” 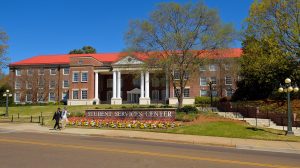 A celebration will be planned later to mark the building’s renaming to the Martindale-Cole Student Services Center. Larry Martindale, a former Ole Miss basketball player and longtime supporter of the university, called for the change to reflect the university’s progress in diversity and opportunity for all students. Photo by Robert Jordan/Ole Miss Digital Imaging Services

On one of his recent visits to campus, Martindale was sitting inside the building reading the Daily Mississippian. He noticed that a group of prospective students and their parents had gathered to take a campus tour, and he decided to follow them.

“The student who gave the tour did a fabulous job talking about campus and ended up spending about 10 minutes explaining the James Meredith statue,” Martindale said. “It just struck me that it would be nice if the building that bears our name could represent the diversity that I saw in the students gathered for the tour.

“Susan and I had been discussing how to add even more meaning to the building.”

He met with the administration about his idea, which was enthusiastically received. He asked for suggestions for someone to be honored with the opportunity to nominate. He and his wife were given a list of possible winners, and they were immediately drawn to Cole.

They have since come to know Cole well and are happy to share this recognition with the longtime college leader.

“It’s about all of us put together,” Martindale said. “The building should represent who we are today and that this university is moving forward. Susan and I want to help with race relations on campus and also in Mississippi.

Boyce expressed his gratitude to the Martindales for their continued leadership and support of the university over the years.

“We are extremely grateful for the many ways Larry and Susan Martindale have supported the university and how they continue to engage as members of the Ole Miss family on important campus life issues that help make advance our university,” he said.

The university’s application to the IHL notes Cole’s 50-year affiliation with Ole Miss and how the beloved educator is a natural candidate for such an honor.

The Jackson native entered UM as a freshman in 1968. Not finding the university welcoming to students of color, he wanted to fix the situation. As a member of the Black Student Union, he presented administrators with a list of demands, asking for an end to overt racism, more opportunities for black students and staff, and the hiring of black faculty. 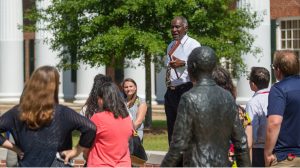 In 1970, he protested at a concert on campus, was arrested, and spent two nights in jail. He and seven other students were expelled.

It would have been easy not to go back to college, but Cole had unfinished business. That’s his best answer as to why he came back, anyway.

“I really hadn’t failed anything, and I had come here to graduate and I had failed to graduate,” Cole said in an interview earlier this year. “I had left in disgrace, left with a prison certificate, and I had come here, not alone, but come here representing so many others, and I suspect I had feelings about leaving falling for so many other people, and maybe it gave me another chance to redeem myself, and that’s the closest answer I can answer.

In addition to his roles as program director, grant writer, mentor, and math teacher, Cole has also served as a university administrator. Under Chancellor Emeritus Robert Khayat, he was appointed Assistant to the Chancellor for Multicultural Affairs.

He found a home in Oxford. He and his wife, Marcia, have been married for over 40 years and have three children: Donald II, Mariah and William. He is also a deacon and trustee of New Hope MB Church in Oxford.

The university and its students benefited from his quest to manage unfinished business that led to a 25-year career of teaching, research, and service. When Cole retired, James Reid, president and professor of mathematics, discovered a mind-boggling statistic that speaks to Cole’s dedication to helping students.

“It was noted in this June/July 2009 issue of the Opinions of the American Mathematical Society that more than one-third of African Americans who earned a doctorate nationally that year had graduated from this university in 2006,” said Reid.

“Dr. Cole has been a vital contributor to this effort and has recruited and mentored many of these students. He is an outstanding member of the Ole Miss family.