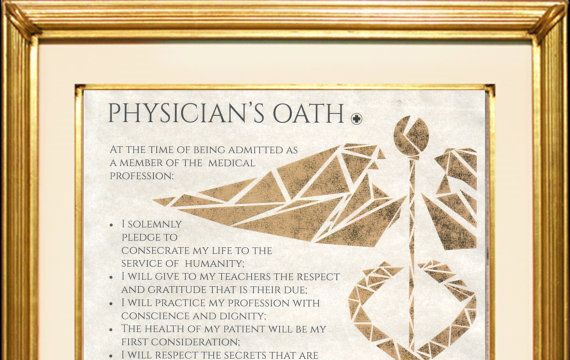 Medicine is one of the most respected professions in Australia. In 2021, a poll by Ipsos Mori found that around two-thirds of the public viewed doctors and scientists as the people with the most trustworthy careers.

Last week, the University of Sydney Medical School (SMS) dismissed Associate Professor Hasantha Gunasekera, a pediatrics expert, from her position as Study Unit Coordinator in the Child Health Block and the Adolescent (CAH), due to a student disability dispute. adjustments.

The incident involved a major disagreement between SMS and Gunasekera over adjustments to disability exams that were approved by the University, which many Gunasekera deemed inconsistent with medical practice. Later, his decision was overturned by the Faculty.

In early March, fourth-year medical students who passed a number of CAH exams received disability adjustments approved by USyd Disability Support Services. These adjustments included different colored papers and extra time to complete the exam (an extra 15 to 45 minutes), and were deemed excessive by Gunasekera.

The pediatrics expert argued that professional accreditation concerns took precedence over student disability accommodation plans. In an email, he informed all students who had received an accommodation plan that their papers were “incomplete”, in a bid to force affected students to retake exams.

“As the plan included provisions that prevent me from determining whether or not you are safe to care for the children, I will inform SMP [Sydney Medical Program] Ratings [that] your CAH assessment remains incomplete,” the email read.

Gunasekara also asked students to submit statutory declarations advising medical accrediting bodies that they “need the provisions of your disability plan when [they] start work”. In anticipation of the rollback of his decision, Gunasekera then underlined “the importance of doing what you think is right, even if others[s] disagree, after careful consideration and consultation”.

This was not the case as, following “high-level discussions” at SMS and the University, Gunasekera’s decision was reversed. Indeed, this was confirmed in a Canvas announcement from SMS Dean Professor Cheryl Jones:

“We took this matter very seriously,” Jones said. “We wholeheartedly welcome students and staff with disabilities and do not tolerate any form of discrimination by staff or students, and respect the role of people with disabilities in medical staff.”

“I further reiterate SMS’s commitment to respect and implement accommodations for people with disabilities approved by inclusion and disability services,” Jones said.

Although the School’s swift action under Jones’ leadership meant that affected students no longer had to retake the exam, the situation raises questions about transparency and the precarious nature of being a disabled student in a highly competitive degree like medicine.

Arguably, the powerful tensions that have unfolded between the medical school and Gunasekera represent a proxy battle between Gunasekera’s technocratic ideals that promote discrimination and a prestigious and demanding profession that tries to diversify.

Indeed, for SUPRA Disabilities Officer Eva Kumle, the original decision amounted to unfair discrimination against medical students with disabilities given that Disability Support had approved the accommodation plans.

“I fear that Professor Gunasekera’s action reflects an ableist attitude which [as] just as inappropriate as racism and homophobia. I really feel his actions [were] devastating on many levels, the most obvious being that he is in a position of power and many able-bodied students look up to him,” she said.

Although the incident has been resolved, it is understood that some students are still unsure if it may happen again in the future.

“I think, whatever the intention, this situation has exposed a very concerning culture within the medical profession. No individual should be able to qualify and practice as a physician without having a more educated and diverse understanding of disabilities than this situation has shown.

Medicine, like other licensed professions, is governed by a set of formal and informal internal policies that guide its development. One such policy is the Australian Health Practitioners Regulatory Agency (AHPRA) guidelines for health professionals, which state that “a student may attend clinical training with a mental health condition, a physical health condition or physical illness, but that is not enough to trigger mandatory reporting.” These guidelines potentially explain why Gunasekera’s decision was revoked by the medical school, apparently falling short of the invisible threshold of “impairment” established by AHPRA and the medical school.

However, when applied to disability disclosures, the AHPRA guidelines indicate that medicine remains a profession where a medical understanding of disability is popular, a perception that disabilities are simply health issues to be managed by professionals. of health.

The reference to disability as an ‘impairment’ requiring attention strongly suggests that the profession remains far from a social model of disability, as advocated by People With Disabilities Australia (PWDA).

“Physician, attitudes, communication and the social environment must change to enable people with disabilities to participate in society on an equal footing with others,” PWDA said.

In this case, SMS and Jones’ quick response in reversing Gunasekera’s decision showed positive, albeit gradual, signs of a willingness to slowly pivot toward a social understanding of disability that might better accommodate students with disabilities, even if the change is gradual.

The School must keep in mind the Hippocratic promises enshrined in the Oath of Geneva by which its graduates swear: “I will not allow considerations of age, illness or disability…or any other factor to intervene between my duty and my patient.

2022-03-27
Previous Post: Ukrainians are welcome in Hungary but the Afghan student was not | WJMN
Next Post: Director of Student Services Recognized by NASPA African American Knowledge Community as a Stellar 50 Recipient