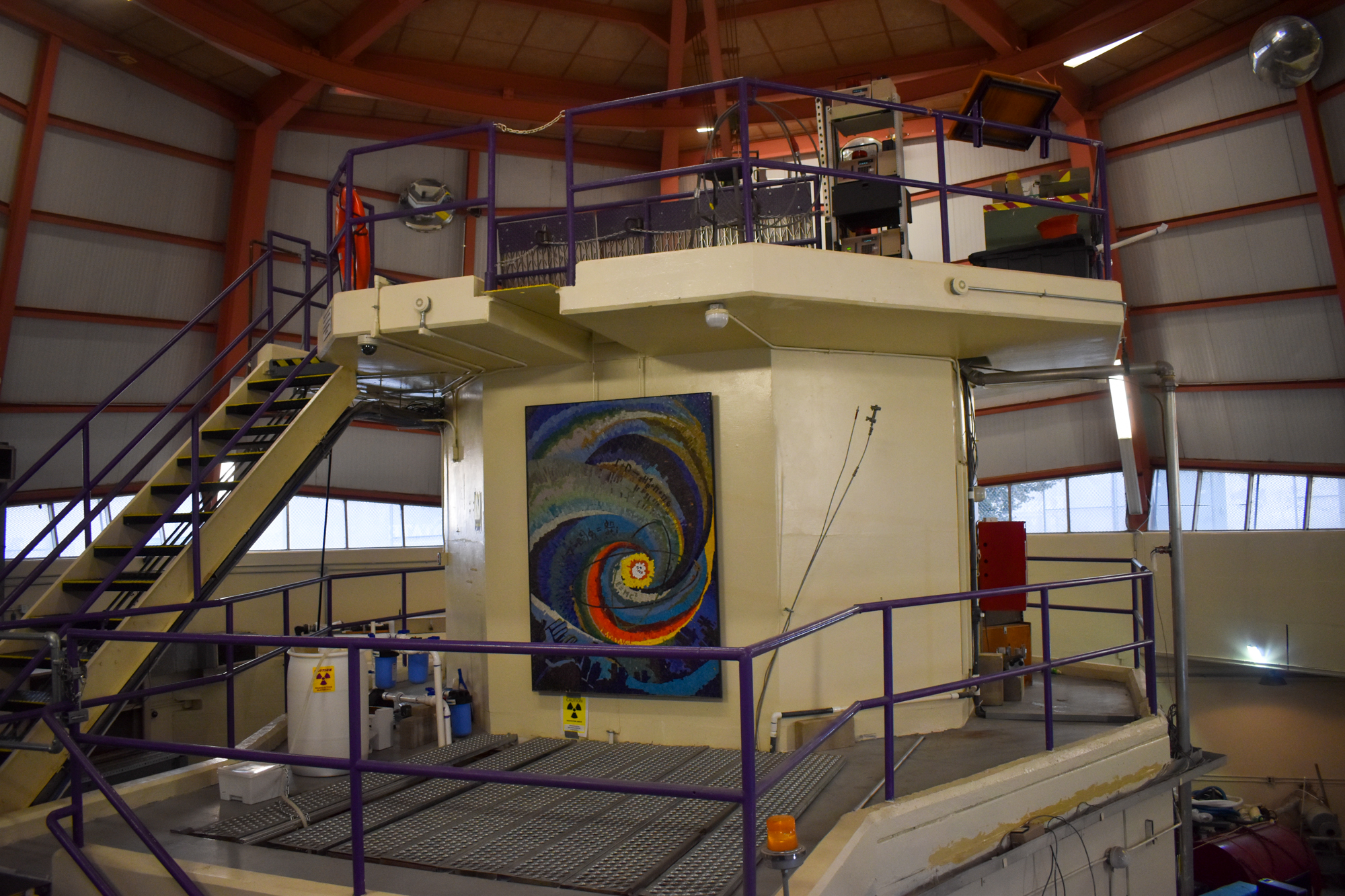 Shutting down a nuclear reactor hinders research and opportunities for students

It’s hard to tell the Kansas State nuclear reactor is inoperative just by walking into the control room with a self-reading pocket dosimeter. In fact, many students believe that the smoke billowing from the chimneys in front of Durland Hall is an indicator of the reactor, officially known as the Triga Mark II Nuclear Reactor Facility. However, these chimneys are not related to the reactor at all; it is located in Ward Hall a few doors down. Due to contamination of the reactor pool, nuclear engineering option students and external researchers have limited access to the facility for lectures and experiments.

Community members and students speculated that the shutdown was due to corrosion of the reactor’s stainless steel interior. However, Jeremy Roberts, an associate professor of mechanical and nuclear engineering, said that’s probably not the case.

“I don’t even know if you could call it corrosion,” Roberts said. “It’s definitely something that doesn’t belong. It’s orange, and there’s a lot of stainless steel, so it was speculated early on that it might be some kind of iron oxide rust. You don’t want that.

Many in the department have started referring to the contaminant as KRUD. This, Roberts said, refers to another similar event in Canada.

“There’s another acronym for stuff like that called CRUD,” Roberts said. “It goes back to a reactor in Chalk River, which is one of Canada’s national research centres. They called it CRUD for Chalk River Unidentified Deposit. Well, maybe it’s an unidentified deposit from the Kansas reactor, so it could still be KRUD.

The consistency of KRUD is different from rust, Roberts said. In fact, it has more than one particular texture.

“Imagine a rusty pole. It’s hard to clean, but I guess that stuff is chipping,” Roberts said. “Students call it Cheeto dust.”

KRUD was first identified during a routine inspection of the facility, said Alan Cebula, nuclear reactor manager for K-State.

“We have periodic inspections that we do on our equipment that is required by our license, and during that normal process we identified KRUD,” Cebula said. “It is feared that this will affect the integrity of the fuel barrier. We’re closed out of concern for this, so we’re being careful to figure out what the problem is and make sure we’re operating safely.

The nuclear reactor installation is supported by a safeguards committee, made up of professors from the physics and engineering departments, said Robert Seymour, nuclear reactor supervisor.

“They have expertise in some different areas that apply to what we do and the safety of what we do,” Seymour said. “We presented our findings to them and the vote was to halt operations until we could resolve the issue and clean up the fuel.”

Some students, like mechanical engineering senior Aaron Alnutt, were extremely disappointed by the closure. In fact, Alnutt said he actually dropped out of his major in nuclear engineering partly because of the reactor’s inactivity.

“One of the reasons I ended up giving up was because it was pretty hard and I wasn’t really sure if I wanted to pursue it, but one of the other reasons was also because I knew the reactor nuclear just didn’t work,” Alnutt said. “The last two classes I had to do were based on the nuclear reactor itself.

Alnutt said he spoke with other students taking those classes and expressed their disappointment.

“I spoke to some people who took the lab for the class last semester,” Alnutt said. “They basically said it was just a computer simulation, which I wasn’t looking forward to.”

Research and experiments have also been affected, but are still ongoing, Seymour said.

“We have several radioactive sources that — they’re not as good, but they’ll do the job if you wait long enough,” Seymour said. “Our experimenters used them to get by until we could fix this problem.”

The nuclear engineering department has recognized this issue and is moving forward with a solution, Cebula said.

“Our plan is to try to remove the KRUD safely,” Cebula said. “We have developed a written procedure, we have a monitoring committee which observes and audits the activities and operations of the establishment, and then we are in addition in communication with the [Nuclear Regulatory Commission]. We also have the support of the Department of Energy. They manage the fuel program for university research reactors in the country.

Once this plan is implemented, Cebula said it will be in contact with a company familiar with fuel rating who will perform an inspection. Then the nuclear engineering department and the safeguards committee will reevaluate the shutdown.

The facility was envisioned by Henry T. Ward, the head of the chemical engineering department in 1950, Seymour said. He lobbied and founded the first-ever undergraduate nuclear engineering program at K-State. The first criticality of the Triga Mark II nuclear reactor facility occurred in 1962.

Since then, the reactor has been instrumental in countless experiments by students and companies. Notable research includes using gamma rays emitted from the reactor to kill viruses, which are then used in vaccines by the K-State Veterinary School, Seymour said. Others have used the facility for neutron imaging.

“We’re working on a bit finer system so we can actually see the cracks in the grains of metals to see where the stress fractures are and how bad they are,” Seymour said. “A lot of things in materials science can be done here.”

Nuclear reactor staff are installing a new, more sophisticated control panel in addition to cleaning up the KRUD, Seymour said. They hope to have the facility operational again by next semester.

“We should be ready by the end of the year,” Seymour said. “We have promising results on what we are doing and it is looking good. We have classes to give in the spring!