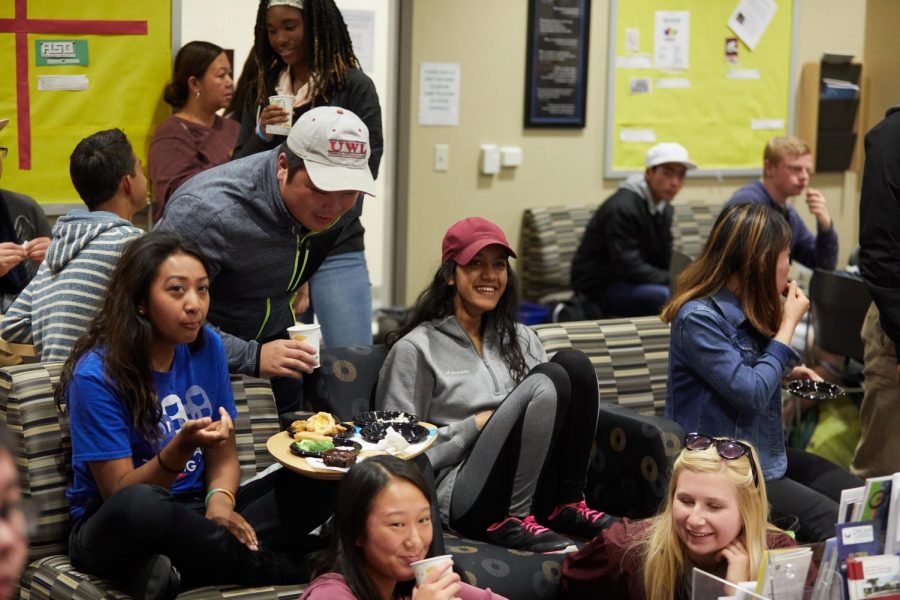 The Office of Multicultural Student Services (OMSS) at the University of Wisconsin-La Crosse is celebrating its 50th anniversary this year. The OMSS is a department of the Division of Diversity and Inclusion and oversees many initiatives and programs with the aim of supporting and encouraging academic excellence, leadership, and the personal and social development of students of diverse races and ethnicities.

To better understand the roles and presence of what was then known as the Office of Minority Affairs, The Racquet Press interviewed Deputy Director Antoiwana Williams and Deputy Director Thomas Harris, as well as former history professor. and UWL Feminist Studies, Dr James Parker.

Dr Parker came to UWL in the late 1960s, and said he immediately saw a lack of programs for multicultural students. “When I arrived on campus in 1968, there was no programming of any kind. Nothing. And one of the first things that happened was that I had students in class who said, “In history, there is no history of African Americans or African Americans. Native Americans. Parker offered an African American studies class the following summer, followed soon after by another history teacher who offered a Native American studies class.

Between 1968 and 1970 or so, students and faculty began to feel the need for multicultural programming. “A growing number of students, as well as a number of professors in the history and English departments, have suggested that we have a permanent organizational structure within the university to help recruit, retain and provide academic training for students of color and white students. Parker said.

It was not easy to achieve. Students and faculty lobbying for the office, including Parker, have been criticized and opposed by many administrative staff. “They objected to the concept of special courses, like African American history, because they said, ‘What would white history be? and we would respond by saying, “That’s all the other stories you’ve been taught.” “Parker said of the existing programming at the time:” There was basically nothing, and they [student affairs administration] didn’t want to see much. And if anything developed, they wanted to control what was going on. ”

According to Parker, Minority Affairs would never have seen the light of day without the work of the students of the African-American Student Association, a black student organization founded in the mid-1960s of which Parker was the first advisor. It was these students, along with the students in her classes and those of her colleagues, who started the movement for inclusion that Parker and her colleagues were able to help make.

Key to the creation of the office then was Dean Carl Wimberly, who later became the provost and then the vice-chancellor. “None of this would have happened back then without his support and financial backing,” Parker said.

Despite multiple barriers, the Office of Minority Affairs was founded in 1971 and consisted of a program component and an academic component, which later became the Department of Ethnic and Racial Studies. The original staff members consisted of Parker and two other members of the story professors; George Carter and Bruce Mouser.

Over the next seven years, the department grew considerably and offered a range of programs. Parker said, “We had the third pre-college program in the United States and the first in the state of Wisconsin in 1974. We had one of the first Native American tutoring services. We had a north-south exchange program with historically black colleges and universities. We held a conference on minority studies (which later became international) to which we invited some of the most prominent and outspoken people in the United States in the 1970s. We had a center of multicultural resources for students and teachers. We secured grants from the Department of Education of up to $ 500,000 to establish programs on campus to try to integrate and diversify the program, we drafted the grants for special student services and for Ascending bollard in 1977 and 1978, and there was a landmark project called the Black Abolitionist Papers’ Project in which we collected the papers of black abolitionists and tried to publish them.

In 1978, however, Parker resigned his post to focus more on his teaching. This began a period of transition in the department where the staff left or were replaced by people appointed by the administration, who, according to Parker, “acted as agents of the university rather than advocates of the university. students ”.

In addition, the manager that Parker and her colleagues had replaced, Gretchen Locket, resigned due to discriminatory mistreatment by the administration. Parker said this culminated in a 1985 campus racial discrimination investigation, which led to a restructuring of the distribution of power at the university and allowed different staff to join and oversee the business. minorities. Parker said of Minority Affairs: “It didn’t become a fully realized organization until around 1985. Then it started to take the structural format that it has now. ”

Thomas Harris came to UWL in the late 1980s. “I came here in 1988 as a graduate student after graduating from Steven’s Point. I was a non-traditional student. I had been in the service for three years before coming here. Harris became involved in minority affairs through his assistant, where he worked in the office. After his assistant position, Harris worked in the campus residence life office for several years before being hired as deputy principal in 2003, when the office was renamed.

According to Harris, the number of multicultural students enrolled has increased since joining UWL. “What hasn’t changed, if you look at the percentage, is the faculty and the staff. In particular, the ratio of the color faculty has probably remained constant. You also have to look at people in positions of power and make comparisons. ”

Harris said, “The more people of color working at UWL…. [the] greater community involvement of people of color, who themselves of course interact with the systems created and run by white people in the community. We are gradually seeing changes happening, not fast enough, but they are happening.

Antoiwana Williams is the current director of OMSS. “I actually joined as a student. I started in the summer of 1992 and finally moved to a professional position in the office in 2000. I started as the Summer Bridge Coordinator of the School Success Institute, then I worked in various positions before becoming director in 2010. ”

According to Williams, the office was significantly smaller compared to its current size. “When I arrived we didn’t have as big a squad as we do now. We had a principal, an administrator, and then a pre-college principal.

According to Williams and Harris, OMSS now has six permanent staff in addition to graduate students and provides support to nearly 1,000 multicultural students on the UWL campus.

When asked what was the most rewarding part of the job, Williams said, “The most rewarding part is seeing the students walk across the stage and finish, but not without a fight. They persevered through the ups and downs; the good, the bad, the ugly; and they still decided they wanted to call UWL their alma mater. Williams continued, “We still have a long way to go. The work is not done.

According to Harris, being able to see a continuing legacy of support is important to him. “For us to support these young people just as we were supported by Dr Parker and others when we were students is a big thing. ”

Parker said the most rewarding part is witnessing the transformation. “No matter how much remains to be done, you can’t imagine what it was like here for students of color in 1967, ’68 and ’69. Seeing young people who were colleagues, students and affiliates of mine turn into leaders in their community and in their university – nothing – nothing is more rewarding than that.

The OMSS is organizing its very first crowdfunding campaign from March 1 to April 30, 2021, to celebrate the 50th anniversary of the UWL.

According to Williams, the goal is simple: to rally alumni, friends and family who share the passion to improve the UWL and Multicultural Student Services office by helping them create multicultural scholarships. They aim to reach a crowdfunding goal of $ 5,000 and build an endowment of $ 50,000.

Find all the details of the campaign here: OMSS crowdfunding campaign over 50 years.