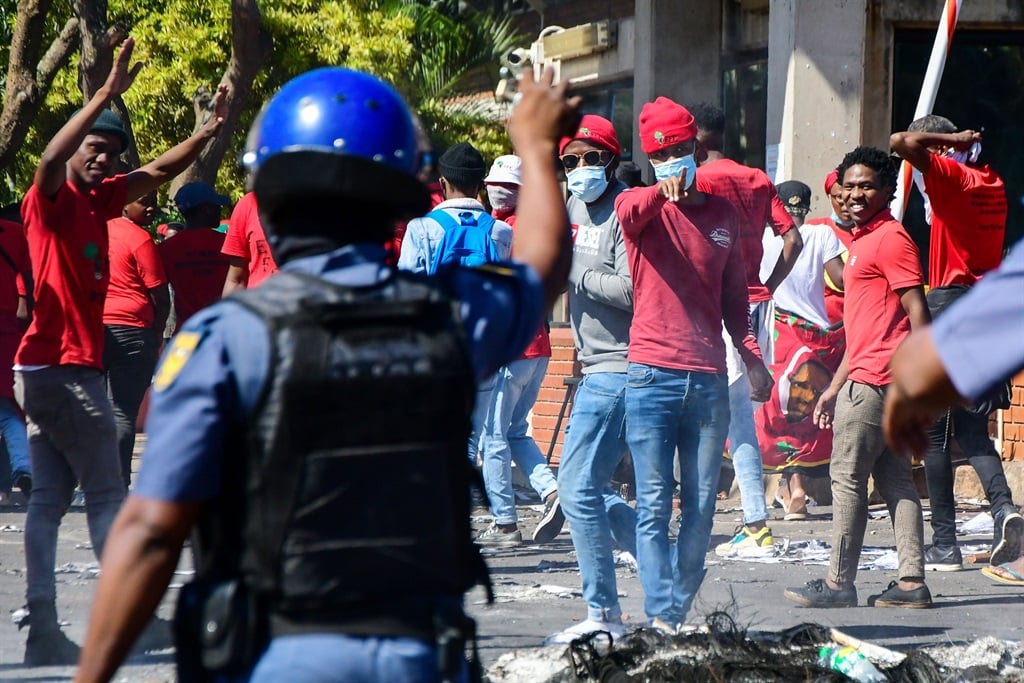 NOTICE | Student funding and higher education in South Africa: what to do?

With increasing financial pressure, it is clear that the current model of student funding in South Africa is not financially and fiscally sustainable, write Philippe burger and Francis petersen.

With a Covid-coup, a shrinking economy and a growing public debt burden, Finance Minister Tito Mboweni announced a tight budget in February 2021. This budget also limited its allocation to the Department of Higher Education and training (DHET).

As part of the DHET budget, the allocation to the National Student Financial Assistance Scheme (NSFAS) was expected to increase from Rand 34.8 billion in FY 2020/21 to Rand 36.4 billion in 2023/24 – a cumulative increase in nominal terms of 4.6% over the three-year period. This allowance covers NSFAS scholarships for university students and college students of Technical and Vocational Education and Training (TVET) colleges.

However, the National Treasury Budget Review forecast inflation at 3.9%, 4.2% and 4.4% in the three fiscal years 2021/22 to 2023/24. This means that the level of consumer prices over the three years is expected to increase cumulatively by 13%, well above the 4.6% increase the government budgeted for NSFAS. In addition, the government also expected the number of NSFAS students to increase.

Not surprisingly, student organizations across the country have expressed their displeasure, which led to protests and campus closures in March 2021. Sadly, a bystander of the protests, Mthokozisi Ntumba, died during the event. police action in Braamfontein.

Following the protests, the Minister of Higher Education, Innovation and Technology, Dr Blade Nzimande, announced a reallocation of the DHET budget, as approved by Cabinet. An additional R 6.3 billion has been allocated to NSFAS. A total of R 2.5 billion of this reallocation came from a reduction in the general allocation for universities, R 3.3 billion from the National Skills Fund and an additional R 500 million from the new construction budget. housing for TVET colleges.

The provision of university grants was already a concern before this reallocation, with the grant per student in real terms in the DHET budget expected to decrease cumulatively by up to 7% over the period 2020/21 to 2023/24.

In addition to pressure on grants and scholarships, student organizations are also demanding the complete write-off of student debt. The outstanding student debt at South African universities stands at just under R14 billion. Much of this debt burden is borne by students in so-called missing middle households, defined as households with incomes between 350,000 and 600,000 Rand per year.

With increasing financial pressure, it is clear that the current model of student funding in South Africa is not financially and fiscally sustainable. The deteriorating fiscal position also makes it unlikely that the government will be able to fully fund the missing link. Minister Nzimande indicated that a national task force, involving various stakeholders, will be established to meet the challenge of financing students in a sustainable manner.

The national task force will need to review the recommendations made by the Heher Commission in 2016. The commission recommended the implementation of an income-tested student loan program. With an income contingent loan, the student will get a loan to cover all or part of their tuition, accommodation, books, living expenses, and transportation.

Once a student has finished school and started working, loan repayment can begin, but it does not begin until income exceeds a set threshold. The amount paid per month is also linked to the income level of the former student. The loan repayment period can be capped, for example, at 25 or 30 years. Anything that is not refunded after that is written off.

Such a loan program could complement a revised NSFAS scholarship program, and instead of the strict family income threshold of R 350,000 currently applied for NSFAS scholarships, it could be implemented with a movable family income scale that allows for a combination of scholarship and loan financing. Thus, the poorest students will receive a larger or full scholarship, which will reduce their need for a loan, while the better-off average missing students will have to obtain a partial or full loan.

Will students be able to pay the debt burden they incur with such loans? In 2019, BusinessTech surveyed eight leading South African universities to determine the range of tuition fees students face each year in BA, BCom, BSc, LLB and BEng degrees.

If this was the cost of the first year of study, taking into account further tuition fee increases of 4.7% per year for a second (2022) and third (2023) year, and inflation 4% for all other costs, the total cost over three years with a diploma obtained at the end of 2023, will be between R317 716 and R441 113, reimbursable over 10 to 30 years. Note that this cost is on the same order of magnitude as the current retail price of R376,500 for a Corolla 1.2T Xs, a mid-size family car typically bought by middle-class families (including graduates). The car, however, is paid off over just five years.

Given the limits of public finances, even to finance all income-conditional loans, it is necessary to strongly involve the private sector (banks, pension funds) in the financing of the loan program. If 300,000 students each take out a loan of an average of 120,000 rand per year, the cost would be 36 billion rand per year (and at a GDP of 5000 billion rand, or 0.7% of GDP), an amount that is certainly achievable by combining government and private sector resources.

Universities are institutions that influence social change and are engines of economic growth. Therefore, the public and private sectors are the main beneficiaries of university output, and therefore a solution towards sustainable student funding will need to involve an appropriate public-private partnership.

Such a public-private partnership may include a sliding scale of interest paid on income-tested loans, based on the student’s household income, coupled with partial or full take-up of the loan by the government.

Commercial banks can administer the loan program, as they already have well-developed financial control systems and expertise. To reduce the risk of default, and because loan repayment is tied to a worker’s income level, the South African Revenue Service may collect installments and return them to the loan program.

READ | Analysis: The Enigma of Student Protests: An Unresolved Battle

There are, however, a number of factors that can compromise the successful implementation of an income-tested lending program. These include the lack of collateral and the long delay until the start of repayment, the need to subsidize low interest rates and finally, the risk of low total repayments. All of this will require the government to spend money to ensure the participation of banks and other donors.

The private sector, however, needs to understand that while a student loan system inevitably carries risk, it is in the interest of the private sector’s long-term growth and profitability to fund such loans. It is also important for the government to realize that higher education is both a private and a public good, and that helping finance students is an investment, not just an expense.

– Professor Philippe Burger is professor of economics and pro-vice-chancellor: poverty, inequalities and economic development at the University of the Free State.

– This article originally appeared in BusinessLive.

* Want to respond to the columnist? Send your letter or article to opinions@news24.com with your name and city or province. You can also send a profile picture. We encourage a diversity of voices and views in our readers’ submissions, and we reserve the right not to publish all submissions received.

Disclaimer: News24 promotes freedom of expression and the expression of diverse opinions. The opinions of the columnists published on News24 are therefore their own and do not necessarily represent those of News24.