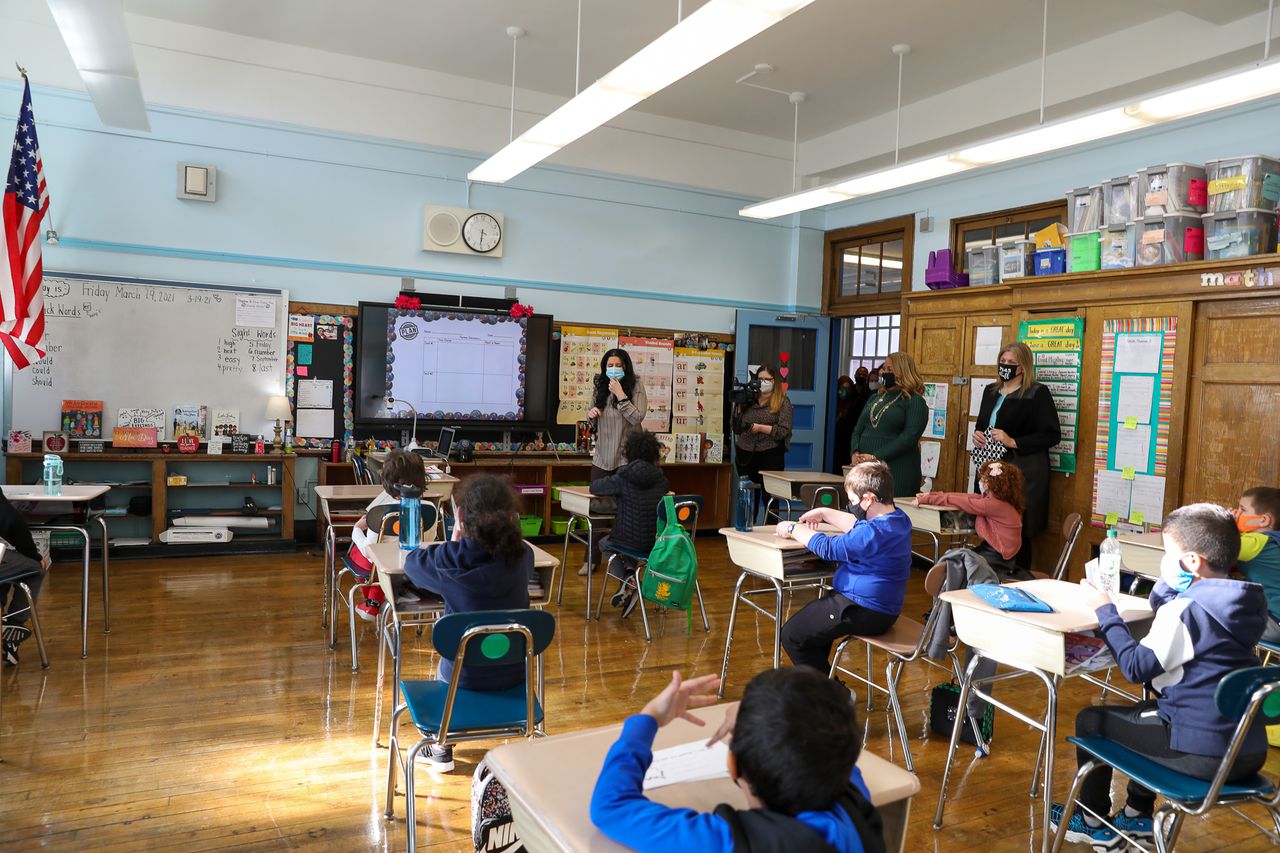 STATEN ISLAND, NY – Each New York City public school in the five boroughs will receive 100% of its student funding starting next school year, which can be used to hire teachers and staff, and to purchase student funding. educational materials and resources for student and family activities, Mayor Bill de Blasio announced Monday.

The mayor announced an additional annual investment of $ 600 million in Fair student funding (FSF) for the city’s public schools, from the 2021-2022 school year, thanks in part to federal and state funds. De Blasio also thanked the efforts of City Council, as well as President Corey Johnson, for making equitable student funding a budget priority.

“From now on, every public school in New York City will have 100% equitable funding for students,” de Blasio said at his press conference on Monday. “This will now be the norm for every school starting with the school year that starts in September.”

De Blasio said that when schools receive the funding they deserve, progress in schools will be “supercharged” – building on the city’s high graduation rates, low drop-out rates, improvement. student performance, increasing university enrollment and closing the achievement gap in schools.

The FSF provides the majority of most individual school budgets and is used at the discretion of the principal.

Schools Chancellor Meisha Porter, who called the announcement “the best news ever,” said principals can use the money to hire staff, equipment, supplies and more at a time when students need an “incredible amount of academic and socio-emotional care”. “

“With these new resources, next year all schools, all public schools in New York City, will receive their right to equitable student funding,” Porter said. “This means that all community school districts will receive 100% of fair funding for students. And as a chancellor who never forgets what it means to be a principal, I know what it means for schools. I know the tremendous job our principals will do to ensure that every dollar goes to every class. Providing each school with 100% of their equitable student funding allocation is something that has never been done before and will provide even more support to our school communities.

Historically, schools have had resources based primarily on the size of their student body. The FSF formula was introduced in 2007 by the Department of Education (DOE) and provides additional funding per student as needed, including additional funding for students with disabilities, English learners, students at low income and students below grade level.

Johnson explained that the funding comes at a time when families, students and educators in New York City have experienced one of the most difficult academic years in history, including the transition to learning. distance, cancellation of student activities and social isolation.

The FSF seeks to eliminate inequalities that have existed within the school system for decades. This is why the city council demanded 100% of the funding in the last budget.

“We need to focus on eliminating inequalities and there’s no better place to start in our schools,” Johnson said. “… This is a historic day. And just to let people understand what that means, it means now principals can hire additional teachers with that money. They can put money for an art teacher, they can put money for a music teacher, they can hire an additional guidance counselor or social worker in their school. This is a very large amount of money that can be spent on sports activities or on art supplies. It is a historic step for our city.

Prior to Monday’s announcement, schools received as much as 90% of their FSF allocation. In 2018, the 90% “floor” was set after de Blasio said the city would invest an additional $ 125 million per year in the FSF. At the start of Blasio’s administration, this “floor” was 81%.