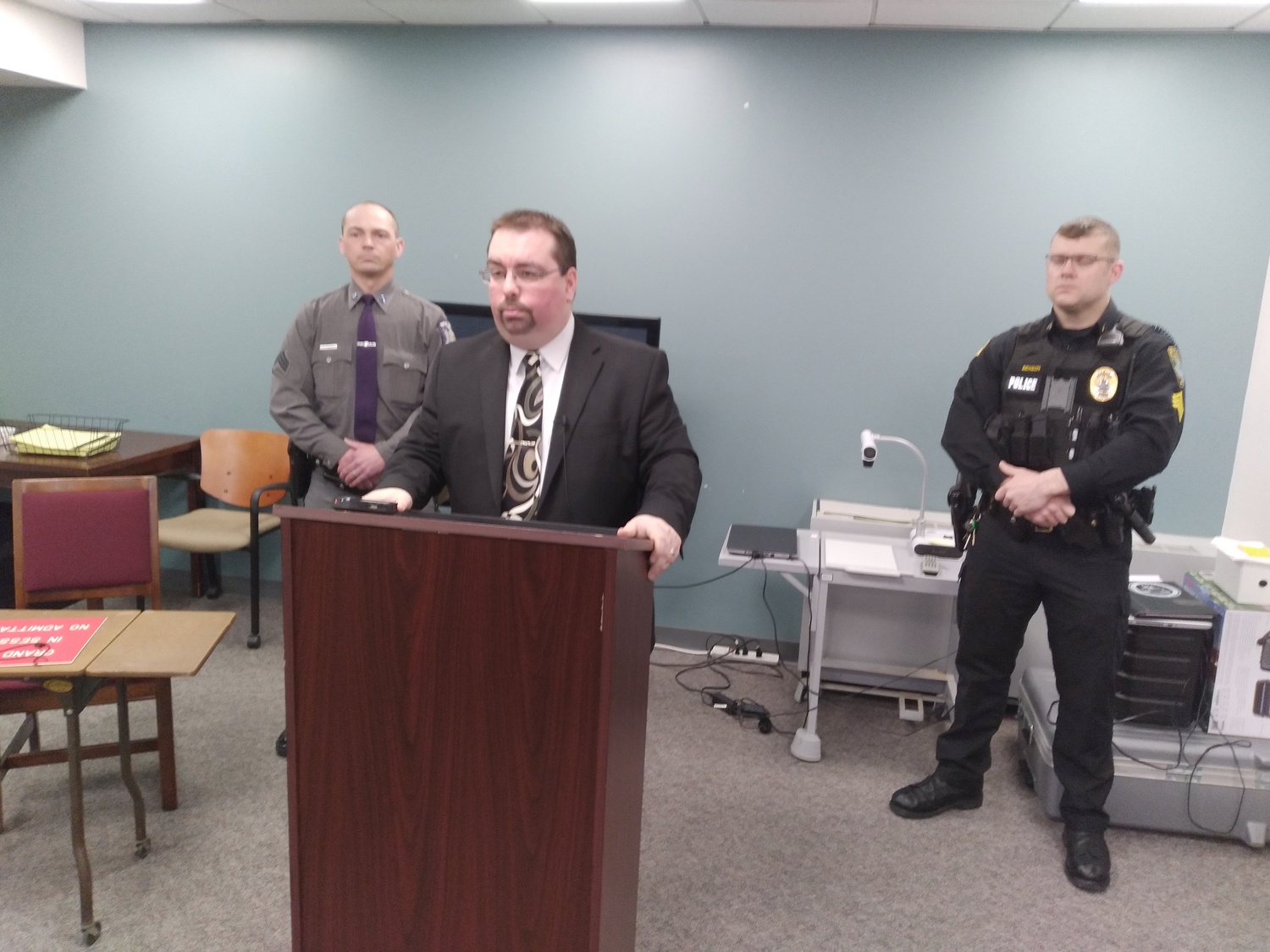 The man accused of killing a SUNY Potsdam student this winter pleaded not guilty in court last week. Michael Snow is accused of shooting and murdering Elizabeth Howell.

Elizabeth Howell, 21, was shot and killed near the Crane School of Music in Potsdam on February 18. The following day, Michael Snow was arrested and charged with her murder. A St. Lawrence County grand jury indicted him on four counts, including second-degree murder and unlawful use of a firearm.

In court Friday, Snow pleaded not guilty to the charges and asked to be released on bail.

St. Lawrence County District Attorney Gary Pasqua argued that Snow should not be released on bail. He said police found a sawed-off shotgun when raiding Snow’s apartment in Massena in February. Pasqua said he was concerned about his possible access to other firearms.

“Defendant also at some point attempted to obtain a pistol license which was denied,” Pasqua said after the arraignment.

The shotgun found was not the weapon that was used to kill Howell. Pasqua says the police are still looking for that weapon. He said the investigation is ongoing and is expanding beyond St. Lawrence County.

“Generally, the search area is from Potsdam to Malone through Fort Covington and all the way to Massena,” the district attorney said.

The State Police and Potsdam Village Police want to hear from anyone with information relating to the case.

Then there will be hearings in June to confirm the grand jury indictments and move the case forward as quickly as possible. Until then, Snow will remain in custody at the St. Lawrence County Jail.