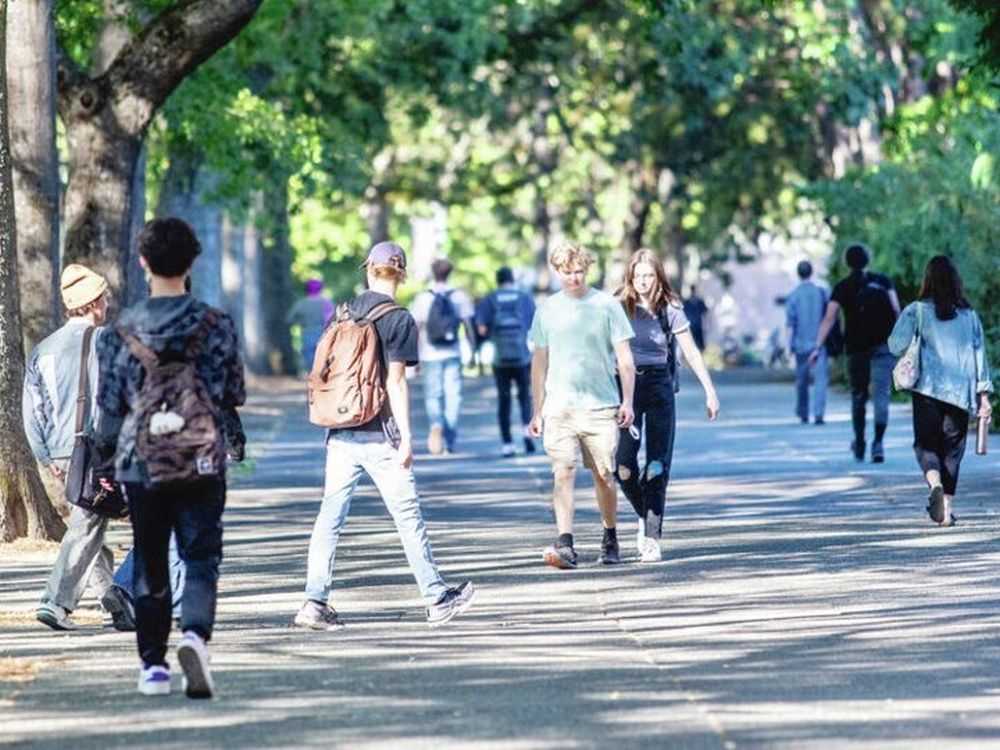 Lower than expected student numbers at University of Victoria

VICTORIA — A drop in student enrollment at the University of Victoria and a number of other post-secondary institutions is attributed in part to delays in federal processing of international study permits.

UVic, which is home to more than 22,000 students, said in a statement that the numbers were “lower than expected.”

The continued impacts of COVID-19 and inflation are also cited as reasons for the decrease.

UVic President Kevin Hall said in a letter to staff that the situation “caused concerns about our tuition income.”

The university said it was taking steps to minimize the impact, including hiring only short-term critical or high-priority positions and looking for areas to cut other expenses.

UVic Students’ Society spokesperson Izzy Adachi said she hadn’t heard anything about domestic students being affected, “but I do know they were concerned that international students would come in a lot less numerous”.

No specific numbers were available, but UVic reported a slight drop in the number of domestic and international students.

Adachi said he heard some university staff were worried about the cuts.

“It’s hard to find accommodation if you’re local, then moving around the world is definitely not going to be an easy thing,” she said. “So I think it’s a combination of the housing crisis and the fact that tuition is so high.”

The student society is monitoring what’s going on and trying “to hold the university accountable when we can,” Adachi said.

Click here to read more stories from The Times Colonist.