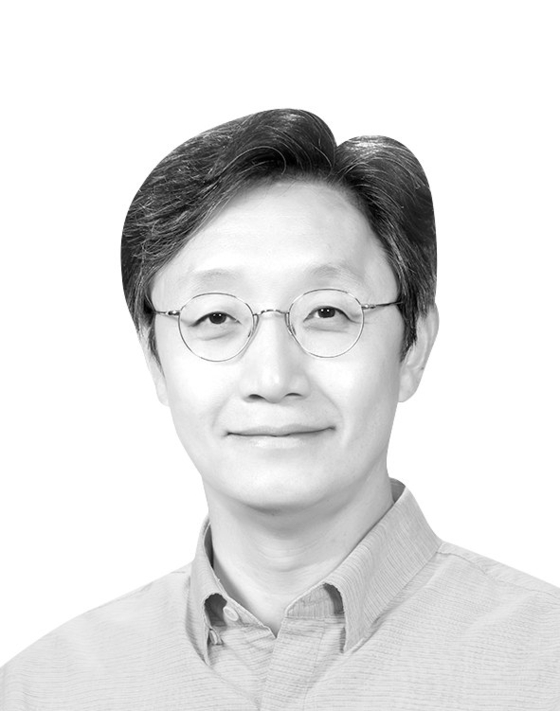 From student to shipbuilding teacher

The United States sent its most advanced naval frigate to Japan and Joseon in Korea in the mid-19th century to demand the opening of the countries. It was a side-wheel steamer – a hybrid of a wooden hull and masts and iron for the steam boiler and engine – that crossed the Pacific. One ill-fated and famous ocean liner – the Titanic, which sank on her maiden voyage in 1912 – had wing propellers, but was powered by gigantic steam engines instead of internal combustion engines.

Ships powered by internal combustion engines and four-bladed screw propellers today have a history of about a century. Ships have evolved and shipping carriers are changing dramatically in the 21st century, as are all supply chains.

Without the tests, many would like to go back to school. Unfortunately, the Korean shipbuilding industry has been under test for 50 years. He excels at getting the right answers, but hasn’t reached the position of providing the questions. It just passes one test after another – all set by others. The time has come for the Korean shipbuilding industry to take the lead in shaking up the maritime landscape and acting as a regulator within the International Maritime Organization (IMO) and other organizations. related.

Shipbuilding is civilization’s oldest wager. Since a lot of money is at stake, reason and common sense are often ignored, let alone the rules. To shake off speculation, you have to become the lion. A lion often appears in royal or national symbols in Europe and is considered the king of the jungle. However, Korean shipbuilders have to be content with being mules although they have enough potential to become the kings of the sea.

A mule is a sterile cross between a donkey and a horse and ends its life carrying burdens without leaving any offspring. Korea’s shipbuilding industry desperately needs momentum to win the lion’s spirit. Planet Earth’s waters are fully connected, but Korea’s maritime industry is operating in pieces. Just as the government offices responsible for shipbuilding, shipping, and marine finance are all different, so are the educational institutions that train a skilled workforce. Each of them lives like a mule.

Overly competitive shipbuilders should be rationalized according to market conditions and cooperation with shipowners should be strengthened. The administrative and regulatory bureaucracies in charge of shipbuilding and shipping also require realignment. Schools and other institutions training those who build and operate ships should be interconnected for a better understanding of the respective fields.

The ships are responsible for 99% of international logistics despite the pandemic and supply bottlenecks due to Russia’s war in Ukraine. The ratio probably won’t change until the earth perishes. But shipping will keep changing. Digitization, green initiatives and decentralization have driven the latest transition.

Automated shipping is spearheading the digital transition. Autonomous ship technology has already surpassed autonomous vehicle technology. Sailing a pleasure boat in the harbor or harbor is hard work for a hobby sailor. As a boat does not have a brake, its movement can strongly depend on the currents. A Korean start-up has developed an AI-driven navigational aid system for path guidance and autonomous docking.

The solution was recognized internationally as one of the best autonomous technologies at CES 2022 earlier this year. A Korean LNG carrier also completed the world’s first transoceanic voyage by a large merchant vessel using an autonomous solution. 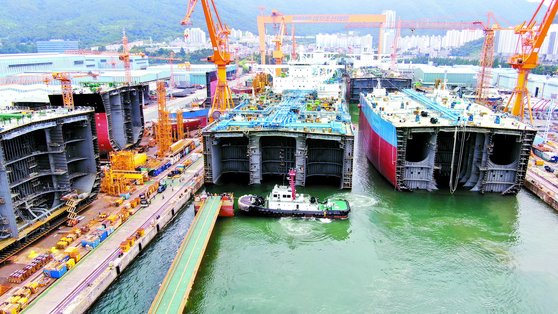 A 300,000-ton oil supertanker is being assembled at the Daewoo Shipbuilding & Maritime Engineering (DSME) Okpo shipyard on Geoje Island in South Gyeongsang in July. [DSME]

Just as a self-driving car is a large computer system on wheels, a ship becomes a colossal system connected to numerous self-contained electronics and electrical connectivity solutions. Automated solutions for a Tesla car are one-sixth the cost of producing the car. When automated systems are mounted on a ship of much greater weight and size, it becomes even more expensive. Korea must take the leadership of automated navigation systems and actively engage them to change the paradigm at sea.

Nuclear-powered unmanned vessel
The green transition relies on sustainable energy. LNG and methanol are already used as alternative fuels. Ships will soon be powered by ammonia, hydrogen and nuclear energy. Due to the risks, the use of nuclear fuel on the ground should be carefully explored. But an accident on board can be less damaging. Small nuclear modular systems are also under development.
When supported by autonomous navigation technology, an unmanned nuclear-powered vessel can sail without refueling for 40 years. Since it doesn’t need to refuel, it doesn’t have to stop at ports.

With the use of drones, loading and unloading will also not require human labor. It is a radically different concept from a port, as the solution saves a ship from making calls, and a ship only has to slow down for loading and unloading. Drones can also simplify intermediate logistics to deliver cargo to nearby destinations or logistics hubs to reduce delivery costs and times.

For safety reasons, nuclear-powered ships can dock on offshore platforms far from inhabited areas. Autonomous nuclear-powered vessels can dock at the platform on their schedule, and maintenance would require minimal manpower. The concept may seem bizarre at the moment – ​​and could trigger strong resistance. But we don’t have to keep following traditional rules set by others.

Decentralization and blockchain technologies
Decentralization will become essential in digital and green migration. The world is already ruled by data. Amassing, storing and processing huge amounts of data requires energy, infrastructure and manpower. Therefore, more resources should not be devoted to developing a new paradigm of sustainable logistics. Decentralized technology can enable independent, yet interactive, operation of related systems.

If nuclear-powered ships and drones are managed by a centralized system, huge resources could be wasted and security issues will arise. Decentralization is the key here. All systems at sea must be operated separately – and interactively at the same time – with blockchain technology ensuring security. Artificial intelligence will therefore become central in shipbuilding.
Encouraging high-level talent and R&D can make things happen. The two must go together. R&D brains and power must work together. Korea should no longer compete with China in shipbuilding. Instead, it must make China a key customer. Just as shipowners entrust shipbuilding to Korean shipyards by demanding European technology, Korea must force China to rely on Korean technology.

University programs must also change. Instead of teaching courses based on textbooks, college courses must reflect student and business needs. Engineering students should be able to choose courses based on their interests and abilities rather than following the curriculum set by the school, and should be allowed to earn multiple degrees.

Allow multiple majors
Obtaining a single degree cannot support a 40-year career. Retraining opportunities should be expanded to keep workers abreast of changes. Companies and universities must work together to provide micro-degrees within six months of completing a major course.

The government must help develop new technologies, not just for current industry. Korea wins world orders for LNG carriers. But the LNG carriers use a technology patented by a French company. Korea has to pay a royalty of around 5% when building an LNG carrier based on the patented technology. The French company dominates the market by continuing to raise the level of the technology it developed in the 1960s.

The government must stop ordering new technologies from Korean global shipbuilders and giving cash aid in return. Instead, it should offer indirect incentives through taxes, funding and deregulation to stimulate their R&D investments. Only then can Korean shipbuilders roar over the global logistics industry like a lion in the jungle.
Translation by Korea JoongAng Daily staff.